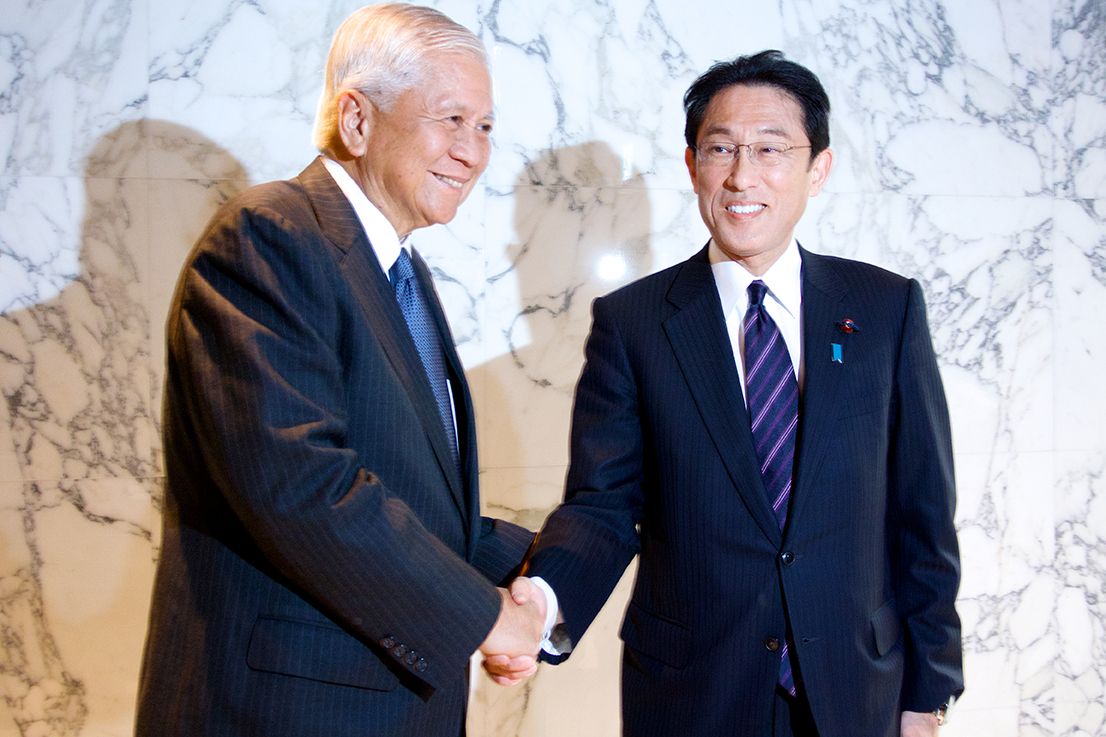 TOKYO – The Japanese government will bestow the Grand Cordon of the Order of the Rising Sun, its highest commendation for foreign nationals, on former Foreign Affairs Secretary Albert Del Rosario and then-Finance Chief Carlos Dominguez III for their contributions to strengthening bilateral relations and promoting cooperation between Japan and the Philippines.

Del Rosario, 82, served as foreign minister under the administration of former President Benigno Aquino III from 2011 to 2016, while Dominguez, 77, was secretary of finance and Philippine chair of the Japan-Philippines High-level Joint Committee on Infrastructure Development and Economic Cooperation under the term of then-President Rodrigo Duterte from 2016 to 2022.

The Japan Embassy in Manila, in a statement, said that Del Rosario “was instrumental in building the Japan-Philippines bilateral relationship towards becoming a ‘strategic partnership.’”

As for Dominguez, the Embassy noted that he “exercised outstanding leadership in promoting cooperation between the two countries and contributed to the ‘fast and sure’ implementation of Japan's official development assistance (ODA) in the Philippines.”

The award ceremony will be held at the Imperial Palace on Nov. 9, and will be attended by Emperor Naruhito and Prime Minister Fumio Kishida. - Florenda Corpuz