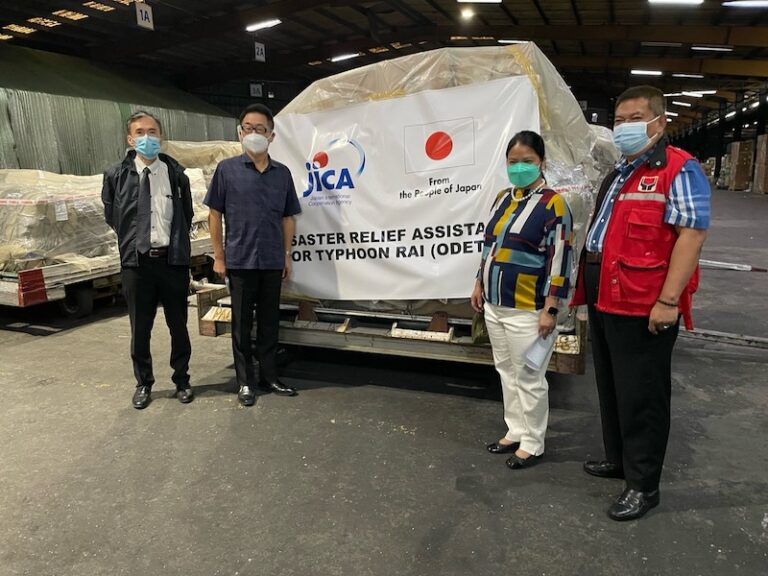 MANILA – The Japanese government’s disaster relief goods to the Philippines, in light of the devastation brought about by Typhoon Odette, arrived in the country's capital on Dec. 23, the Japan Embassy announced.

“The relief goods and supplies will be distributed to affected communities in the hope of supporting the relief efforts of the Philippines authorities,” it said in a statement.

Emmanuel Privado, Department of Social Welfare and Development (DSWD) director, received the donated goods, according to the Department of Foreign Affairs (DFA).

“Japan remains to be the Philippines’ top development partner. Bilateral assistance from Japan in support of the government’s socio-economic recovery efforts has been consistent and generous,” the DFA said.

In the arrival ceremony, Japanese Ambassador to the Philippines Kazuhiko Koshikawa expressed heartfelt sympathies to everyone affected by the disaster and reassured of his country's effort to reach out to people in typhoon-hit areas.

"My thoughts are with everyone devastated by Typhoon Odette, especially those who lost loved ones. Japan and the Philippines are both vulnerable to natural disasters such as typhoons, and we know too well about the hardship and devastations Filipino people are experiencing now. We are one with you," he said. - FJJ

Japanese Among Top Arrivals in Philippines During Holiday Season