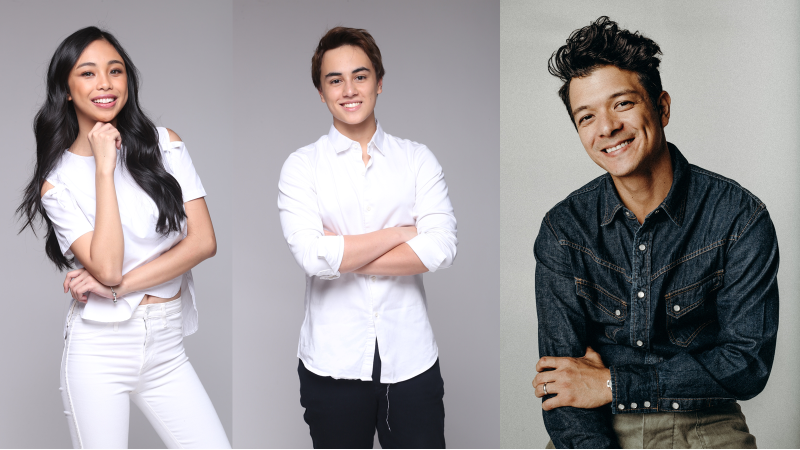 Heartthrob Jericho Rosales grew up in the industry and made a name for himself after joining a talent search in a noontime show. Since then, he worked on his acting skills and has starred in several TV shows like “Pangako Sa’yo,” “The Legal Wife,” and the recently concluded “Halik.” Over the years, Jericho has also proven his talent in singing, and recently released a new single titled “Hardin,” which was used in his series “Halik.” Get ready to be swooned by Jericho on June 16 as he performs his own hits and covers of some well-loved songs.

Angeline Quinto first won the hearts of the many when she was named grand champion for the talent contest “Star Power: Search for the Next Female Pop Superstar” in 2011. With her powerful voice, Angeline’s star shined even brighter and eventually was dubbed as the Philippines’ Queen of Teleserye Theme Songs, since most of her hits were used in ABS-CBN’s different TV series like “Hanggang Kailan Kita Mamahalin” and “Kunin Mo na Ang Lahat sa Akin.” Be mesmerized by her powerful voice on June 15, during the MOR Global Pop Icon regional finals.

Inigo continues to make his own mark in the industry, getting away from the shadow of his father Piolo Pascual. One of his breaks in the industry is when he became the first Filipino Billboard Philippines chart-topper for his song “Dahil Sa’Yo” in 2017. Inigo since then released a series of hit singles, with the latest, is his collaboration with Chinese-Australian YouTube star Wengie for the song “Mr. Nice Guy,” which now has over two million views on YouTube. Catch Inigo’s performance on June 14.

Maymay Entrata and Edward Barber first gained a following when they were still inside the famous blue house for the “Pinoy Big Brother Teens: Lucky Season 7” in 2016. Since then, their fans have been supporting their projects after their PBB stint, like their first TV series, “La Luna Sangre,” which stars Kathryn Bernardo and Daniel Padilla, and their first starring film, “Loving in Tandem” with Kisses Delavin and Marco Gallo. Recently, the two young artists released their respective singles—Maymay for the song “Kakyanin Kaya” and Edward for the song “No One Else”. Get to hear them perform their original hits live on June 16.

For more details about the event, visit www.mytfc.com. You may also visit and like facebook.com/TFCJapan.