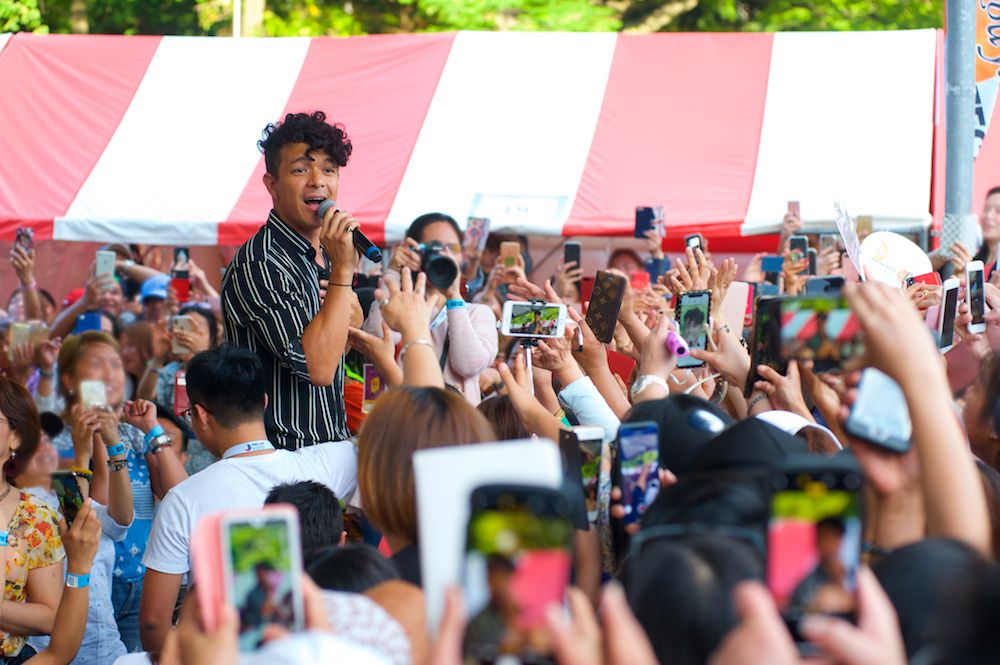 TOKYO – Jericho Rosales has been active in the entertainment industry for more than two decades. He has performed for many audiences both in the Philippines and abroad treating each performance with the same goal in mind.

“Konnichiwa! Matagal na akong hindi nakakabalik dito sa Japan, and my goal is always to bring happiness to our kababayans,” the Kapamilya actor-singer told the crowd at the recently concluded “IslaFest” in Ueno Park.

The three-day festival is the first-ever Filipino-Japanese fusion event organized by the Philippine Expo Organizing Committee in partnership with The Filipino Channel (TFC).

Wearing a bright smile on his face, the 39-year-old hunk, who graced the cover of Filipino-Japanese Journal (FJJ) twice, regaled his Filipino fans and Japanese spectators with upbeat songs like “Uptown Funk” and “Rude,” even Freddie Aguilar’s “Kumusta Ka Aking Mahal,” Orange and Lemons’ “Hanggang Kailan,” Sugarfree’s “Makita Kang Muli,” and his own hit songs “Pusong Ligaw” and “Hardin.”

Echo, who was all fresh and rugged in his black slacks and long-sleeve button-up shirt, had the girls swooning relentlessly.

He mingled with the energetic crowd and granted requests for selfie photos.

The ABS-CBN artist also used the opportunity to give his two cents on the network’s franchise renewal, which will expire in 2020.