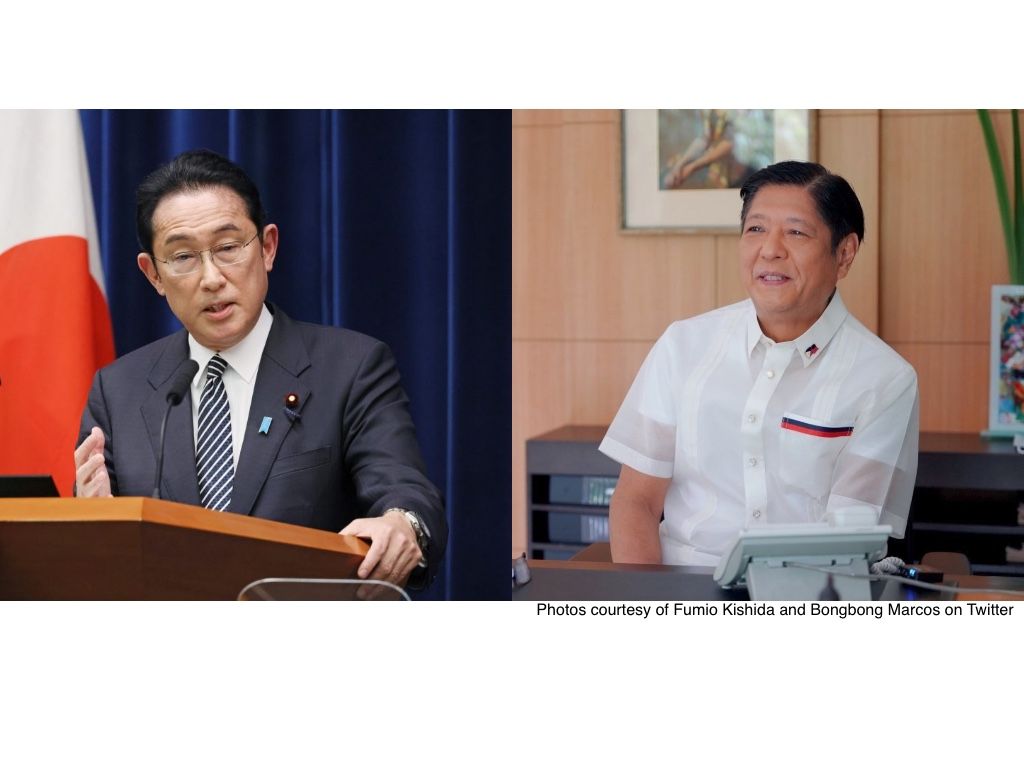 TOKYO/MANILA – Japanese Prime Minister Fumio Kishida held a telephone talk with presumptive Philippine president Ferdinand “Bongbong” Marcos Jr. on Friday to congratulate the latter on his win in the May 9 elections, the Ministry of Foreign Affairs (MOFA) said.

“We had a telephone conversation with President-elect Marcos to congratulate him on his victory in the presidential election.

“In the future, we will work together to strengthen Japan-Philippines relationships and realize a ‘free and open Indo-Pacific’,” Kishida said in a statement posted to his Twitter account.

During the 15-minute phone conversation, which took place at 10:30 a.m., Kishida expressed his intention to take the bilateral strategic partnership of Japan and the Philippines to a new height when Marcos Jr. formally assumes office on June 30.

The two leaders also agreed to hold an in-person meeting “as early as possible and deepening the discussion going forward.”

Kishida also wanted “to continue cooperation on the economic front such as infrastructure development including railways and Subic Bay development, as well as in the security and coast guard law enforcement fields, among others.”

For his part, Marcos Jr. expressed his commitment to deepen cooperation with Kishida to strengthen the alliance of the two countries.

“I thank the Japanese Prime Minister Fumio Kishida for his warm congratulatory message via a phone call this morning.

“The partnership of Japan and the Philippines has been one of mutual benefit to our two countries and I hope not only to continue but to increase all of our engagements in every aspect of our relations,” he said in a tweet.

Furthermore, Kishida and Marcos Jr. agreed to have “future coordination to realize regional peace and prosperity."

Japan to Test Accepting Tourists from US, Australia, Thailand, Singapore in May