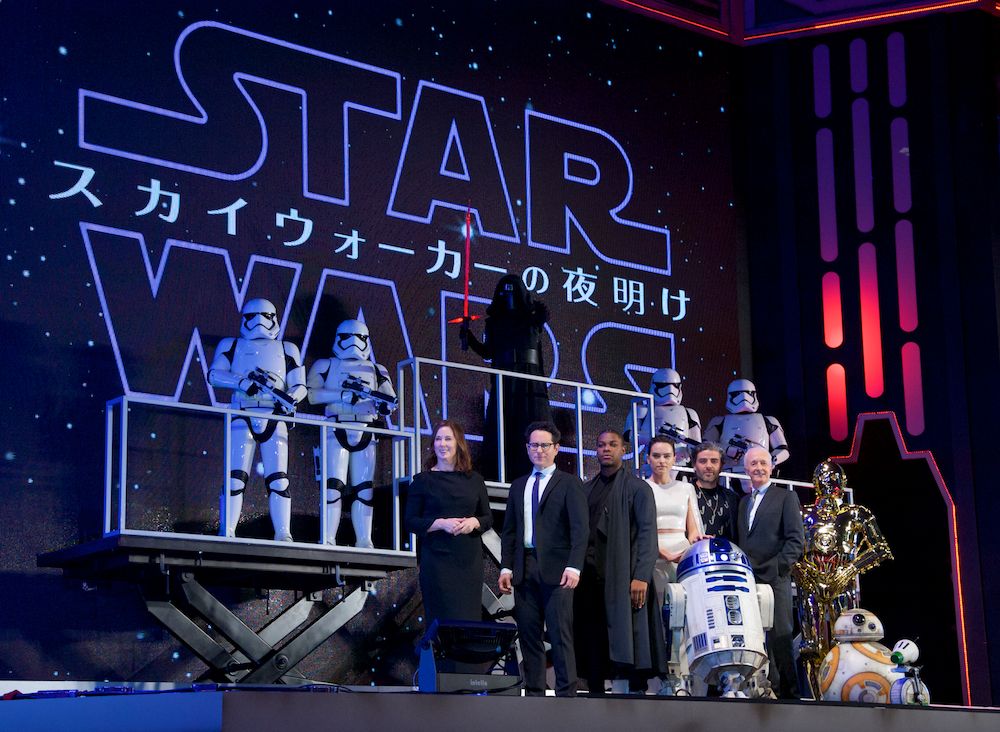 TOKYO – “Star Wars” fans across Japan were treated to a red carpet and stage show as the cast and crew of “The Rise of Skywalker,” the final installment of the blockbuster trilogy, attended a special fan event last Dec. 11.

Director J.J. Abrams, lead stars Daisy Ridley, John Boyega, Anthony Daniels and Oscar Isaac, and producers Kathleen Kennedy and Michelle Rejwan made an elegant entrance as they get out of a chauffeured black car and arrived on the red carpet to greet their Japanese fans.

“I cannot thank you enough. It’s great to be here,” Abrams told the crowd in Roppongi Hills Arena.

“The work that these people have done will blow your minds,” he added.

Channelling her inner Jedi in an all-white ensemble, Ridley, who plays Rey, expressed her excitement to be back in Japan.

“I feel great to be here,” she said to the audience.

While her co-star Boyega, who portrays Finn, conveyed his gratefulness to the attendees for being the “best fans in the world.”

Daniels (C-3PO), Isaac (Poe Dameron) and Kennedy also professed their love for Japan, and its importance to the legacy of the sci-fi franchise.

The following day, they attended a press conference at Toho Cinemas.

The last of the “Star Wars” saga will be released in Japan on Dec. 20. - Words by Florenda Corpuz, Photographs by Din Eugenio