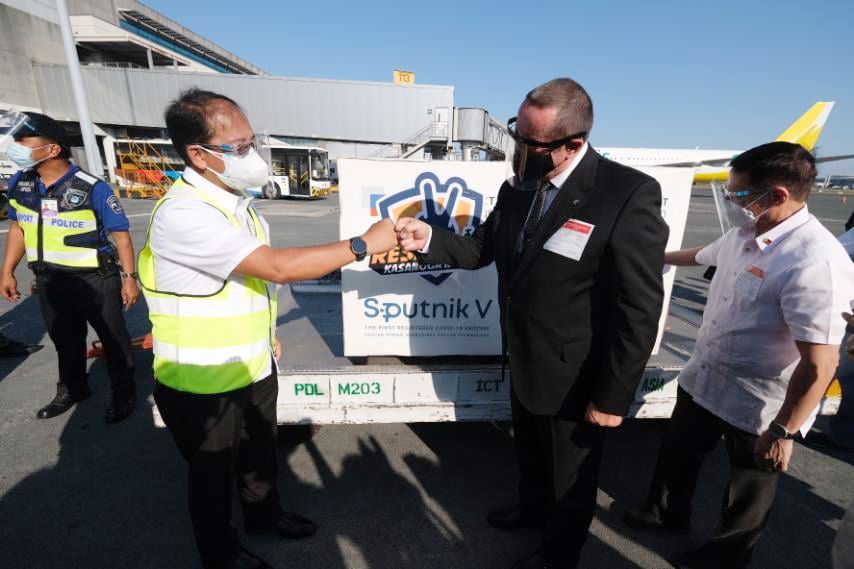 PASAY CITY – An initial supply of 15,000 doses of Russia’s Sputnik V COVID-19 vaccine arrived in the Philippines last May 1 on board a Qatar Airways flight.

Gamaleya’s Sputnik V is the second government-procured vaccine that was delivered to the country following Sinovac’s CoronaVac vaccine.

According to National Task Force against COVID-19 Chief Implementer and vaccine czar Secretary Carlito Galvez Jr., the country has secured a total of 10 million doses with the Russian vaccine maker wherein the contract is expandable for up to 20 million doses.

Galvez said the 15,000 doses will be used for a dry run in preparation for the arrival of the bulk shipments starting this month.

Among those who witnessed the arrival of the vaccine at the NAIA Terminal 3 were IATF Chair and Health Secretary Francisco Duque III, Russian Ambassador to the Philippines Marat Pavlo and Chief of Presidential Protocol and Presidential Assistant on Foreign Affairs Robert Borje.

With the arrival of the Sputnik V doses, the Philippines now has three brands (Sinovac and AstraZeneca) in its vaccine supply inventory, as it fast tracks the implementation of the national immunization program. - PR

(Photos courtesy of the National Task Force Against Covid-19)